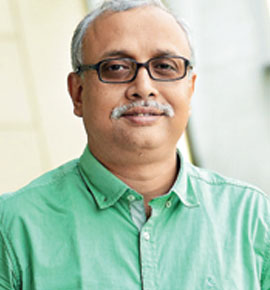 The March 2020 issue of Artha would have been incomplete without discussions on two important issues- one that has almost locked down the entire world (COVID-19) and the other that has shaken the confidence of people on Indian banks (near collapse of Yes Bank). The present issue looks at economic implications of COVID-19 and there are two pieces on Yes Bank.

Was there any early warning signal for Yes Bank? Or was it like COVID-19- without anyone knowing about this pandemic disease even three months ago? For example, Yes Bank had raised Rs.3,042 crore in September 2018 through issue of listed non-convertible unsecured bonds. The issue had secured a credit rating of CARE AAA and AA+ (India Ratings), signifying highest level of safety for the investors. One year later, in December 2019, Moody’s downgraded Yes Bank’s ratings to ‘b2’ (high credit risk) and further to ‘ca’(very near default) in February 2020. Thus, the actions of the rating agencies suggest that Yes Bank did something horribly wrong in the past one and half years. This conclusion is not correct. Way back in 2015, an article quoted in The Quint[1] showed that almost a fifth of Yes Bank’s loans were given to stressed companies and the Yes Bank’s exposure to these companies tripled in three years, between 2011-12 and 2014-15. It seems the regulators (RBI), the Board of the Yes Bank, and even the Finance Ministry chose to ignore the warning of the two young analysts of the Swiss investment Bank, UBS[2].

The promoters deserted the sinking Bank well in time. Sensing trouble, the former MD and CEO, Mr. Rana Kapoor sold his entire stake in the company and exited before the news became public. While depositors with the Bank were not allowed to withdraw more than Rs.50,000 cash in early March 2020 (the restriction was lifted since 19 March 2020), wife of one of the cofounders of the Bank could sell 2.5 crore equity shares at Rs.65 per share on 18 March (the highest price in past one month), taking home a cool Rs.161 crore.

A survey of the financial statements of the Bank for the past fifteen years (Table 1)reveals some signs of trouble. Deposits grew 343 times in the past fifteen years and so was the advances (317 times). Credit-to-deposit ratio was less than one in most of the years. Yet the Bank had borrowed significant sums in recent years and it stood at almost third of interest bearing debt of the Bank. Did the Bank borrow to invest in financial instruments? Return on investment for 2018-19 was barely equal to the 10-year G-sec yield (7.3%)- definitely not any indication of efficient treasury management. Alternatively, the Bank might have borrowed aggressively in the past six years (Rs.80,000 crore net addition to borrowing during this period) for capital adequacy purposes. If the alternative explanation is true, it raises question on the quality of advances that the Bank was making in the past six years. Where the advances grew five times in the past six years, the provision on advances has risen 21 times during the same period.   This is despite the tendency of the Bank to under provide for non-performing loans (NPA). For example, in 2015-16, the Bank had reported an NPA of Rs. 749 crore. Later it was forced to revise it to Rs. 4926 crore- almost seven times bigger. Again in 2018-19, the Bank underreported NPA to the tune of Rs. 3277 crore[3]. Thus, though the balance Sheet size of the Bank increased almost 300 times in the past fifteen years, it severely dented the asset quality. This did not happen in the last eighteen months. It all started about a decade back when the Bank, in pursuit of abnormal growth, had recklessly lent money to big corporates flouting all risk management norms. The other liabilities for FY 2019 included a provision for standard assets to the tune of Rs.3,000 crore (which was only Rs.950 crore in the previous financial year). So, an additional provision of Rs.2000 crore for standard assets in FY 2019 implies that even the quality of standard assets was doubtful.

Performance of the bank during 2018-19 was significantly inferior compared to the immediate previous year (Table 2) and yet no one raised any alarm. Even the rating agency did not notice the deterioration till mid-2019. The asset mix of the Bank changed noticeably between FY 2013 and FY2019. The loan book (63% of total assets)  in FY 2019 has grown to almost FY2005 and FY 2010 levels. It is worth noting that the economy was growing at more than 8% in 2005 and similarly the financial stimuli post global financial crisis was at all-time high in 2010.  Therefore, a surge in loan book during these periods was more a procyclical phenomenon. But the bulging loan book in FY 2019 was at a time when the economy was under stress and the country witnessed some big ticket corporate defaults. For example, we all know about big defaults by NBFCs in India in recent times and yet the Bank had provided a fresh loan of Rs. 6994 crore to NBFCs during FY2019. The change of asset mix had an adverse impact on return on equity and net profit margin.

Did the auditors of the Bank highlight any trouble in their audit report? The audit report for the FY 2019 (the worst year for the Bank) was a clean report. In fact, there was hardly any material difference in the observations of the auditors with the report of the previous year. There was no qualified opinion on any matters. Rather the auditors mentioned that the Bank had adequate internal financial controls and it had made provisions as per extant laws. The auditors did not mention anything about the under-provisioning of advances or quality of advances. The same auditors, while commenting on the third quarter results of the Bank in FY 2020, mentioned material uncertainty related to the going concern assumption at a time when the entire world came to know about the poor corporate governance in the Bank. Responding to allegations on the quality of financial statements of the Bank, the institute of Chartered Accountants of India (ICAI) has decided to review the financial statements of the Bank for FY2018 and FY 2019[4]. This is not a good news for the auditors of the Bank.

The crisis at Yes Bank is not a manifestation of poor market or credit risk management. It is another example of clear disregard to the most dangerous risk that every bank faces-the threat of operational risk. Mishandling of credit and market risks may result on loss of revenue or profit. But ignoring signs of operational risk is a sure recipe for disaster. The entire supply chain of corporate governance has to share the blame- the regulator, auditors, and the Board. The bailout package hurriedly put together under the Yes Bank Reconstruction Scheme 2020 may provide some temporary relief to the deposit holders of the Bank and much needed capital to the Bank, but it is surely not going to solve the main ailment of the bank- poor governance. The Bank witnessed a reduction of deposit of more than Rs. 18,000 crore in the first six months of FY2020. The State Bank of India and the consortium of a few more Banks that have agreed to invest more than Rs.6,000 crore in Yes Bank should find out, as early as possible, a strategic investor with a proven track record on governance. A sound corporate governance structure with professional management may save the Bank from collapse and regain investor confidence.