Does Indian Mutual Fund Manager Turnover have an Impact on Fund Performance? 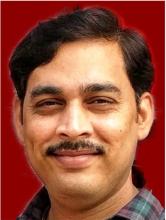 Dr. Sudhakara Reddy is currently assistant professor in the Finance and Control group of IIM Calcutta. He was a visiting scholar to Whitman School of Management, Syracuse University during 2011-2012. His current areas of research are Market Microstructure, Corporate finance with an emphasis on corporate governance mechanisms, Initial public Offerings and primary capital markets, etc.

There has been a wide range of research which shows that active portfolio managers cannot produce alpha. But, if we look into the results of these studies closely, they are derived from the fund data and not on the individual fund manager’s performance. This means that computing an alpha with a 10 years data based on weekly or monthly returns, say for an active fund such as HDFC Mid-cap opportunities fund, makes us to believe most of the times that the excess returns generated by the fund are both economically and statistically not different from zero or in fact negative. Hence, any investment made in a passive investment fund such as HDFC Index Fund would have generated a better return than the active fund. From the above discussion, we may conclude without any doubt that the fund manager responsible for active fund did not exhibit superior investment skills. However, over the same 10-year period, the fund would have had different managers managing the fund at different points of time. It would not be appropriate to conclude that not even one fund manager is skilful out of the several managers who managed the fund as this is an average performance of all the fund managers. But, on the face of it, this drives us to believe that no fund manager has the investment skills and is not worth paying for the skill. Alternatively, we can also argue that there are some managers with skill, but they may switch to different funds more frequently due to better pay packages and corporate positions at other fund houses. This results in a situation where the fund house loses the skill of the manager along with the manager.

Recently, there has been an increased attention and focus in the academic literature to understand more holistically the role played by investment managers at fund houses to generate superior returns to their investors. It has been shown that in most of the cases that turnover of a fund manager results in a negative performance on the fund’s future performance.[1]More precisely, it has been shown that the turnover of an existing manager from a fund results in a significantly poor performance on an average over a two year period after the exit of the manager. It is also interesting to know that the fund’s performance around the turnover date has a major influence on the fund manager’s turnover. Also, this is more pronounced in the case of more inexperienced and non-performing fund managers. The existing results related to fund performance and manager turnover give us many more insights. Some of them are mentioned below. The probability that a fund replaces a manager is an increasing function of the manager’s poor performance and a decreasing function of manager’s association with the fund. Replacement of US mutual fund managers having higher pre-turnover performance results in a significant drop in the fund performance as measured by fund returns from 1.9% one year prior to 0.4% three years after the manager’s exit. Similarly, turnover of poor fund manager results in a significant improvement in returns to the extent of 2.9% three years post-turnover.

Overall, the evidence from the extant studies on manager turnover in mutual funds emphasises the fact that this has negative effect on post turnover performance, at least over a period of three years. However, most of the research is based on US mutual fund data.[2]In this context, this study examines the relationship between fund manager turnover and equity mutual fund performance for Indian funds for a period of 15 years from 2003-2019. We construct a unique sample of manager turnovers using ACE mutual funds database and match this data with Lipper mutual fund database. There are a total of 1178 mutual funds with 3563 mutual fund managers. There are many funds with multiple managers managing them. For our analysis to be robust, we need single-manager managed funds and hence take a sample of 140 open-ended actively managed equity mutual funds[3]. The total turnover events for the sample period are 446.[4]For our analysis, we consider change in the fund manager as an event. We don’t use the popular daily data analysis to examine the event as it is rational to believe that fund performance due to manager change occurs over a long term horizon. We measure the performance over a period of 1-year, 2-year, and 3-year periods before and after the event. 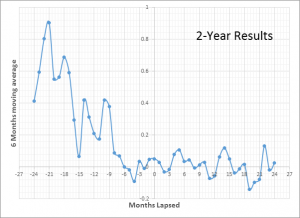 [1] Khorana (1996) ((Khorana, A. (1996). Top management turnover: An empirical investigation of fund managers. Journal of Financial Economics, 40, 403-427) is the first study to look into this aspect with 339 mutual funds that experienced their fund manager turnover.

[2] One exception to this is a prominent paper examining this phenomenon for the UK data (see, Clare et al., (2014). What impact does a change of fund manager have on mutual fund performance? International Review of Financial Analysis, 35, 167-177.

[3] Only the equity funds are managed by a single manager and hence we considered them for our analysis.