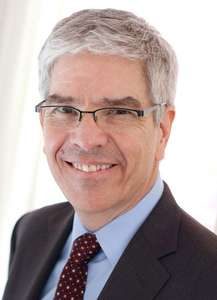 Romer is the author of many important scholarly papers, including “Endogenous Technological Change” (1990), which first outlined the theory of endogenous growth.

As the world’s largest democracy, with the third largest economy in real terms, the fastest growing working-age population, and a rapidly developing financial system, India is set to become one of the world’s most important economic forces in the coming decade. Recent national-level economic initiatives and financial reforms such as demonetization, the implementation of the Goods and Services Tax and the PMJDY program for banking the unbanked have far-reaching implications. This conference will bring together the leading academic and policy experts for an in-depth discussion of India’s financial markets and implications for the global economy.

Papers are invited in the areas of finance and economics covering issues that concern India in particular and emerging economies in general. Preference will be given to papers that address challenges and implications of major policy initiatives in India and Indian financial markets. Researchers are encouraged to submit papers that use Indian data.

Papers should be mailed in PDF format to iim-nyu-call-2019@stern.nyu.edu. We have a strong preference for completed papers. Papers must include title and abstract, names of authors, affiliations, and e-mail addresses.