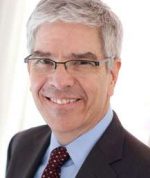 Romer is the author of many important scholarly papers, including “Endogenous Technological Change” (1990), which first outlined the theory of endogenous growth.