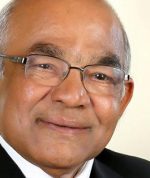 Dr. Y. V. Reddy is a man who needs no introduction. His name is synonymous with the various reforms and policies in the financial market. He is one of the most celebrated economists in India, an Indian Administrative Services top ranker, a successful bureaucrat and the former deputy governor and governor of the Reserve Bank of India (RBI). In 2010, he was awarded India’s second highest civilian honour, the Padma Vibhushan.

As RBI Chief from 2003 to 2008, Dr. Reddy oversaw a period of high growth, low inflation and a build-up of foreign exchange reserves coupled with a steady rupee and a robust central banking system that withstood the global financial crisis.

Subsequently, he was a Member of the UN Commission of Experts to the President of the UN General Assembly on Reforms of the International Monetary and Financial System. He was also the Chairman of the Fourteenth Finance Commission in 2013-14. Previously, he worked in the Government of India as Secretary in the Ministry of Finance, and in the Government of Andhra Pradesh as Principal Secretary.  He is also Honorary Fellow of the London School of Economics and Political Science.

Prior to being Governor, Dr. Reddy was Executive Director for India, Sri Lanka, Bangladesh and Bhutan at the International Monetary Fund from August 2002. Before this, he was Deputy Governor at the Reserve Bank of India for six years. He has also served as Secretary, Ministry of Finance, and Additional Secretary, Ministry of Commerce in the Government of India. He has also been an advisor to the World Bank.

Hailing from the Kadapa district of Andhra Pradesh, Dr. Reddy’s life has been an inspiring journey of personal triumphs and a fascinating professional career. Preceded by his autobiography My Reflections or Naa Gnapakalu, written in Telugu, his latest book, Advice & Dissent — My Life in Policy Making throws immense light on Dr. Reddy’s personality as an economist, the ideas behind various policy initiatives and is an excellent narrative on the key economic reforms.

His talk will be titled as “Financial Sector Reforms in India: In Perspective”. 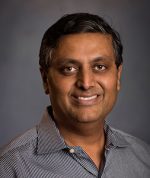 Vikas Agarwal is H. Talmage Dobbs, Jr. Chair and Professor of Finance at Georgia State University’s J. Mack Robinson College of Business. Vikas received his Ph.D. in finance from the London Business School. He is a Research Fellow at the Centre for Financial Research, University of Cologne, Germany. He also holds a Research Associate position at EDHEC Risk and Asset Management Center, France. He currently serves as a Director on the board of the Southeastern Hedge Fund Association and on the academic advisory council of Decatur Capital Management. 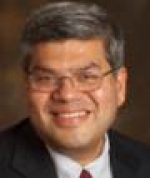 Shiva Rajgopal is a Professor in the Graduate School of Business, Columbia University. Prior to his appointment at Columbia in 2015, he was the Schaefer Chaired Professor at the Goizueta Business School at Emory University between 2010 and 2015.  He has also been a faculty member at the University of Washington and Duke University.

Professor Rajgopal received a first-class honors degree in Commerce from the University of Bombay, India and is a Chartered Accountant from India.  He holds a Ph.D. degree from the University of Iowa.   He is the recipient of the 2006 American Accounting Association (AAA) Notable Contribution to the Literature award, the 2006 Best Paper award from Financial Accounting Research Section of the AAA, and the 2006 Graham and Dodd Scroll Prize given by the Financial Analysts Journal.  He is the recipient of the 2008, 2012 and 2015 Glen McLaughlin Award for Research in Accounting Ethics.  He is listed as the most prolific author in financial accounting over the last 12 years, and 5th across all years.  Graham, Harvey and Rajgopal (2005) was referenced as the article with the highest citation rate among accounting papers.

He is the Departmental Editor of the Accounting track of Management Science.  He is also an Associate Editor at the Journal of Accounting and Economics and an ex-editor at Contemporary Accounting Research.  He was on the editorial board of The Accounting Review from 2003-2011.  He is interested in issues related to financial reporting, earnings quality, fraud and executive compensation.  He is widely published in finance and accounting journals.  Professor Rajgopal’s research is frequently cited in the popular press, including The Wall Street Journal, The New York Times, Bloomberg, Fortune, Forbes, Financial Times, Business Week, and the Economist. 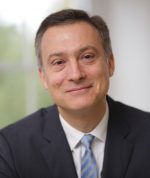 Henri Servaes is Professor of Finance at London Business School. He holds a BBA from European University and a MSIA and PhD in finance from Purdue University.

He serves as an associate editor of the Journal of Finance, Financial Management and a number of other finance journals. His work has been presented at all major international finance conferences and at more than 50 universities worldwide.

He has been involved in consulting and executive education for Anglo American plc, the Chase Manhattan Bank, Deutsche Bank AG, The Financial Times (Lex Team), First Union Corporation, PriceWaterhouseCoopers, SG Hambros, and Suez, SA, among others. At London Business School, he teaches corporate finance in the Masters in Finance Programme, the Senior Executive Programme, and the Corporate Finance Evening Programme. 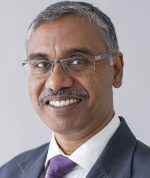 Vidhu Shekhar, CFA, is the country head of CFA Institute in India. He is responsible for advancing CFA Institute’s mission and supporting CFA charter holders in India.

Mr. Shekhar is an investment professional with over 30 years of industry experience in India and abroad. Prior to his current role, he served as Vice President, New Products and Business Excellence at National Stock Exchange (NSE) of India. In this role he was responsible for new product initiatives in debt and equity markets for the exchange and also led an enterprise wide Business Excellence program. While at NSE, Mr Shekhar contributed to the development of Indian financial markets through his participation in the work of various committees, including the Dr. Patil Committee on Corporate Bonds and Securitization, and the Raghuram Rajan Committee on Financial Sector Reforms. In prior roles, Mr Shekhar has served as Senior Vice President at IDBI Capital Markets and Managing Director at E*Trade Systems India Limited. He has also served as the Vice President of CFA Society India.

Mr. Shekhar completed his postgraduate diploma in management (PGDM) from the Indian Institute of Management, Ahmedabad in 1987 and holds a bachelor’s degree in physics (Honours) from the University of Delhi.