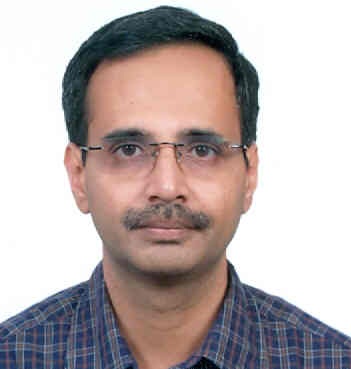 Among the many headwinds facing banks and financial institutions (FI’s) on account of burgeoning non-performing assets, corporate malfeasance, slowdown in the economy, delays in NPA resolution through the Insolvency and Bankruptcy Code, etc., the latest to catch the attention of the financial markets and the media is the risk faced by banks/FI’s on account of mismatch between the maturity profile of assets and liabilities, known as liquidity risk. This has become an increasingly important parameter for the assessing a bank/FI.

Why assess the performance of banks?

Lenders to a bank need to assess its credit worthiness i.e. ability to repay its obligations. The retail fixed deposit investor, constituting the primary lender to a commercial bank, may not have the wherewithal to assess the bank’s credit risk. However, institutional lenders, which invest in a bank’s Certificate of Deposit/Additional Tier 1 bonds/Tier 2 subordinate bonds, lend it money in the interbank call money market, confirm the bank’s Letter of Credit etc., need to gauge the ability of a bank to meet its obligations, arising from any of these transactions.

The CAMELS framework specifies capital adequacy, asset quality, management, earnings, liquidity and sensitivity to market risk, as the parameters for assessing a bank. In addition, credit deposit ratio, cost income ratio, net interest margin etc are some of the other ratios for measuring the performance of a bank.

A bank or a non-banking finance company may be profitable, strongly capitalized/solvent, with low NPA’s but can still default/fail if it does not have adequate liquidity to meet its maturing obligations. In a recent case, a finance company with pedigreed investors including private equity firms and led by a management with impeccable credentials, defaulted, despite 43 percent capital adequacy and scoring well on most other parameters. A reason cited obliquely is that the default happened on account of a private sector bank “selfishly” seizing the company’s liquidity kept in the bank’s account in good faith, to settle the bank’s own lending, thereby precipitating a crisis. Though this allegation has neither been confirmed nor refuted, it remains a fact that after the much reviled ILFS’s downfall, other financial services players too have reached a critical situation, on account of being unable to manage liquidity risk.

A significant reason is the shape of the yield curve. The classic yield curve is upwardly sloping, with lower rates at the short end and higher rates at the long end of the curve. This provides an incentive to banks/NBFC’s to borrow for short tenor, at a lower cost, and lend for long tenor, at a higher yield. In fact, maturity transformation i.e. transforming short term deposits into long term loans is the raison d’etre of banks. A consequence of this, is the mismatch between the maturity profile of assets and liabilities, resulting in liquidity risk.

So how do we measure liquidity risk?

The Reserve Bank of India expects banks to draw up and report a statement classifying maturing assets and liabilities into various time buckets, and calculating the mismatch (or gap) between outflows and inflows in each bucket. Banks need to ensure that the cumulative negative mismatch in the first four buckets i.e. 0-1 day, 2-7 days, 8-14 days, 15-28 days, does not exceed 5%, 10%, 15% and 20% respectively of cumulative outflows in each bucket. Obviously the first bucket presents clear and immediate danger, hence mismatch cannot be more than 5%. In the event that it exceeds this figure banks should spell out their plans to bring the mismatch within the specified limits. Banks can meet their overnight liquidity requirement on account of such mismatch by borrowing in the interbank call money market, avail liquidity from the Reserve Bank of India through repo, borrow through the Triparty Repo System (TREPS) operated by the Clearing Corporation of India, etc. If these options are exhausted/not available, RBI provides an emergency window to banks in the form of Marginal Standing Facility (MSF), for borrowing up to a specified extent, by dipping into SLR securities.

Banking as it now exists follows the fractional reserve banking model. A bank needs to hold a fraction of its deposits with the central bank, in the form of “required reserves” to meet contingencies. It is 4% of Net Demand and Time Liabilities in India (also known as CRR, Cash Reserve Ratio) and 10% in the US.

Interestingly, there was a proposal to start a “Narrow Bank” in the US, which would invest all its deposits exclusively with the Federal Reserve in the United States, which pays interest on excess reserves unlike the RBI in India. This appears to defeat basic commercial banking objectives, and the bank’s request for a license to operate has not made progress.

In India, banks also need to keep 18.75% (to be reduced to 18% progressively) of their Net Demand and Time Liabilities in the form of liquid investments, i.e. cash, gold and government securities, constituting the Statutory Liquidity Ratio (SLR). This reserve is for a rainy day, in the event of a run on the bank.

The Basel Committee on Banking Supervision, has come up with a Liquidity Coverage Ratio (LCR), adopted by the RBI in India as well. Banks should have sufficient high-quality liquid assets to meet net cash flows in a 30-day stressed scenario. LCR should be at least 100%. Retail deposits are encouraged, and are largely expected to remain with the bank, while financial wholesale/bulk deposits are expected to fly out in entirety, in a stressed scenario.

Asset liability mismatch also results in interest rate risk. The Basel committee has published elaborate standards on “IRRBB” i.e. Interest Rate Risk in the Banking Book, and the need for setting aside capital for this risk as part of Pillar 2 capital requirements. Banks are expected to measure and disclose impact on their net worth/market value of equity, under six different interest rate shock scenarios, and impact on net interest income under two interest rate shock scenarios. The Reserve Bank of India requires banks to measure impact of interest rate changes on their earnings through the Traditional Gap Approach and impact on net worth through Duration Gap Approach, and have appropriate internal limits, approved by the Board.

In an ideal world, a bank with 100% mix of floating rate loans and deposits with frequent resets, is unlikely to face interest rate risk. Factors like the shape of the yield curve, nature of retail deposits (largely fixed) and loans (predominantly floating) preclude such an idealistic scenario.

Non-banking finance companies in the eye of the storm now for liquidity issues, are also subject to the regulator’s ALM standards. RBI recently extended Liquidity Coverage Ratio requirement to them. However, the central bank which acts as the lender of last resort to banks, does not extend the same facility to NBFC’s.

Securitisation has been a preferred route adopted by NBFC’s for meeting liquidity requirements. The bankruptcy remote structure of the Special Purpose Vehicle/Trust created for holding securitised assets suffered a major setback due to a recent judicial ruling. The Court has now set aside its previous judgement and restored the sanctity of the securitised assets, though some questions still remain.

The non-banking financial institutions have learnt some lessons the hard way, on liquidity risk, in the aftermath of the crisis stemming from the ILFS collapse. One of India’s leading private sector banks too, faced a run on it, from retail depositors, following its exposure to Lehman brothers and its spectacular bankruptcy. RBI stood with the bank, on account of its systemic importance and possibility of a contagion effect on other banks. While this played out a decade back and there have been no subsequent cases of a commercial bank facing a run, banks will do well to pay heed to the current predicament faced by NBFC’s and have a robust ALM strategy in place, to mitigate liquidity risk. Merely complying with central bank/Basel norms in letter will not suffice, as demonstrated during the 2018-19 NBFC crisis.

Author’s note: this article aims to provide a perspective on liquidity risk and interest rate risk faced by banks and FI’s and current developments on this subject. It does not purport to be a comprehensive/accurate guide to the regulations governing Asset Liability Management. Readers may refer to the website of the Reserve Bank of India and that of the Basel Committee for applicable guidelines/standards.