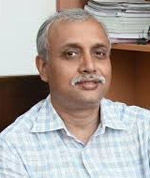 Corporates typically make use of currency swaps and similar financial instruments to manage currency risk.  With the Indian rupee depreciating, the currency risk looms large and this may trigger possible default. In the past Indian firms were able to roll over their foreign borrowings owing to the willingness of the lenders to do so triggered mainly by easy liquidity conditions in the US. However, with the tapering of quantitative easing by the US Fed, such option may no longer be available.  With the devaluation of Chinese currency (Yuan) and fall in Indian currency, the burden of foreign currency borrowing is felt even more now.

Indian firms (mostly financial institutions) have issued US dollar-denominated foreign currency bonds in to the tune of about US$3 billion in the last six months of 2015 (Table) amd a much lower number (102 million Yuan) in Chinese Yuan. One can easily notice that the main motivation for issuing such bonds is very low coupons. But as mntioned earlier, the impact of falling rupee may overwhelm lower coupn rates.

Table: Issue of US Dollar Bonds.

Masala bond is a term used to refer to a financial instrument through which Indian entities can raise money from overseas markets in the rupee, not foreign currency. These are Indian rupee denominated bonds issued in offshore capital markets.  The rupee denominated bond is an attempt to shield issuers from currency risk and instead transfer the risk to investors buying these bonds.  Interestingly currency risk is borne by the investor and hence, during repayment of bond coupon and maturity amount, if rupee depreciates, RBI will realize marginal saving.  Experts believe that Indian currency is still a bit overvalued. In a way masala bond is a step to help internationalize the Indian rupee.  Investors in these bonds will have a clear understanding and view on the Indian rupee risks. Therefore, a stable Indian currency would be key to the success of these bonds. It is believed that as the investors in a masala bond will bear the currency risk, they would demand a currency risk premium on the coupon and hence borrowing cost for Indian corporates through this route would be slightly higher. It may still be cheaper if one considers the currency risk. Though raised in Indian currency, these bonds will be considered as part of foreign borrowing by Indian corporate and hence would have to follow the RBI norms in this regard. Under the automatic route, companies can raise as much as $750 million per annum through Masala bonds.

The International Finance Corporation (IFC), an arm of the World Bank, issued the first masala bonds in October 2013 as part of its $2 billion dollar offshore rupee programme. However, no Indian corporate has yet issued any masala bond.

Two prospective issuers, India’s largest mortgage lender Housing Development Finance Corp. Ltd (HDFC) and the nation’s largest power producer NTPC Ltd, have been on the road to secure investors for such bonds since last month but are yet to launch their respective issues. HDFC began talking to investors early November while NTPC concluded it’s marketing a week ago.  HDFC initially wanted to raise USD 750 million. However, following its meeting with the investors, HDFC has decided to raise about USD 300 million in the first tranche with a maturity of five years.  NTPC has not yet announced the date and size of its issue.

The critical factors for the success of such bond are two: (a) coupon rate and (b) liquidity of Indian currency.  India is rated BBB- by global ratings agencies—a notch above junk rating. Sovereign rating will influence pricing of these bonds.  HDFC, for example, had recently borrowed in the domestic market through a three-year bond at 8.35%. HDFC expects to fix a coupon rate at least 10 basis points lower than the domestic rate for the masala bonds. It was observed (see Table) that Indian banks were borrowing US dollar-denominated loan at under 4% in later half of 2015. If HDFC were able to issue masala bonds at 8.25%, it would imply a currency risk premium of above 4% per annum. Overseas investors are yet to decide their preferred coupon rate for the Indian masala bonds. Generally, given the view on Indian currency, investors are expecting a higher coupon from the issuers, which may make these bonds costly for Indian borrowers. This is the main reason holding back issue of masala bonds. If US Fed increases interest rate, that would make Indian masala bonds less attractive.

Allowing Indian firms to raise rupee-denominated loan from overseas market is a step towards full convertibility of Indian currency and the Indian central bank is supportive of this experiment. Despite initial glitches on pricing, masala bonds have potential to raise $5 billion in next two years. British government is wooing masala bond issuers and would like to position London as the global hub for offshore rupee financing.  The success of masala bonds would demonstrate overseas investors’ confidence on Indian currency. In other words, successful issue of these bonds by Indian corporate would imply faith on country’s macroeconomic fundamentals and the central bank’s role in currency management.