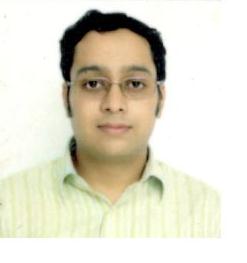 Samit Paul is Assistant Professor, Finance and Control. Indian Institute of Management Calcutta (IIM-C). He has completed his fellowship from IIM, Lucknow in the area of Finance and Accounting. His primary research interests lie in the area of market risk management, volatility modelling and portfolio management.

In January 2019 issue of Artha, I have discussed how the radical and disruptive “Blockchain” technology has brought the advancement and at the same time has set new challenges in the field of accounting and auditing. Now, in this issue I will be focusing on how the “Blockchain” wave has impacted the strategy of a firm and the sentiment of an investor investing in cryptocurrency market. The starting point of this wave was back in October 2009 when the New liberty standard started online service of buying and selling of bitcoins at an initial price of eight hundredths of a cent per bitcoin. Since then, the intensity of the flow of such wave leads the price of bitcoin touching $19,500 by November 2017. Gradually, it became the fifth largest currency in circulation across the world. The success of Bitcoin further leads launching of thousands of new cryptocurrencies. As on 30th June, 2019 the website Coinmarketcap.com tracks 2,322 cryptocurrencies in 19,121 exchanges with an aggregate market capitalization of 352.76 billion dollars. This growing popularity of cryptocurrencies can be very well reflected in launching of Bitcoin futures by the Chicago Mercantile Exchange and the Chicago Board Options Futures Exchange, setting up of Bitcoin trading desk by the Goldman Sachs Group, emergence of hundreds of investment funds that invest exclusively in cryptocurrencies and massive number of initial coin offerings.

It is no surprise that in such situation the firms in cryptocurrency business use different strategies to seek investors’ attention. One of the innovative strategies is to change the name of a firm by including buzzwords related to cryptocurrencies such as “bitcoin” or “blockchain” or “crypto” etc­­. Such name changes are often accompanied by spectacular gains in the stock prices of the firms. For instance, during dotcom bubble in 1998-1999, several companies witnessed significant increase in their stock prices after changing their names while including buzzwords related to internet application, such as “.com”. Obviously, the nature of business of a company should justify these name changes. Otherwise, the firm will definitely come under the scrutiny of the regulators. In such cases, one palpable approach adopted by the firm is to change the focus of the business and diversify into newer products. For instance, Bioptix Inc, a medical equipment manufacturer, has rebranded itself by stepping into the cryptocurrency space. It has changed its name to Riot Blockchain and as a result the price of the stock has been increased by approximately 100% within a week from the date of announcement. Another controversial name in this list is Long Island Iced Tea Corporation, a non-alcoholic beverage company, which has changed its name to Long Blockchain Corp with a pledge to buy 1,000 bitcoin mining machines. With the announcement of name change the stock price of the company is increased by a staggering 289 percent.

Following table lists a dozen of cryptocurrency companies that have experienced more than 300% trade in ranges just after the name changes:

Why do firms change their names?

Usually firms do not prefer to change their names as it needs rebranding and for that firms incur lots of publicity expenses. Larger is the firm, more costly is its name change. Additionally, it may also have to bear the risk of creating confusion in the mind of present and prospective customers. However, firms have to change their names if the situation demands. Sometimes, these name changes are associated with post mergers or acquisitions where the firms have to create a new image and identity in mind of their different stakeholders. In all such cases, the main motive of the firm is to increase their intrinsic value by expanding customer base and/or by enhancing operating efficiency. Alternatively, firms may use this strategy as a signal towards stakeholders about their intended changes in product offerings, technology up gradation etc. Although this does not enhance their intrinsic value in short run, it draws investors’ attention towards the stock and the stock price changes either on temporary basis or permanently.

If the stock price changes on temporary basis, there can be several possible implications for the same. For instance, there can be insider trading that makes full advantage of prior information of name change announcement. Insider trading involves social cost that is experienced from loss of liquidity, loss of investors’ confidence and inappropriate managerial incentives. Besides, at firm level there lies an opportunity to enjoy favorable financing from market. One may argue that these two actions, i.e. insider trading and financing, just after the event of name change may instantly draw the attention of regulators. Hence, adopting such strategies under the event of name change invites a litigation risk for the firm managers. On the other hand, if there is a permanent change in stock price, firms may not go for either of these actions immediately. Therefore, it would be more difficult for the regulators to spot these motives behind the name change. Although regulators have multiple checks and balances on these issues in developed markets (say, equity markets), they need more time to employ such controls in newly developed markets like cryptocurrencies. So, the firms of the weakly regulated cryptocurrency markets have enough incentives to adopt the strategy of name change at their utmost advantage.

Why “Crypto” Market is special?

As on date, out of 2,322 cryptocurrencies in circulation, 1082 have market capitalization more than $100,000. The World Economic Forum has predicted that by 2027, 10% of Global GDP will be driven by blockchain technology. CB insights, the consulting firm in technology space, has acknowledged 27 different ways with which blockchain can modify or upgrade the diverse processes such as banking, voting, cyber-security, academics etc. Most encouraging growth in cryptocurrency market has been marked in Initial Coin Offerings (ICO). In case of an ICO, a startup issues digital “tokens” to raise capital for necessary financing needs. The buyer can purchase tokens using either fiat currency (e.g. USD) or other cryptocurrency such as Bitcoin or Ethereum. The token holder enjoys the right to use the firm’s products and can trade tokens in secondary market. In 2017, 435 successful ICOs were recorded and they had raised on an average $12.7 million each. In the first quarter of 2018, ICOs have raised unbelievable $6.9 billion. In the same year Mr. Brendan Eich, former Mozilla CEO, had raised $35 million via ICO in less than 30 seconds while Bancor Protocol was able to raise $153 million within three hours.

These events evince the craze for cryptocurrencies among the investors. Such madness is not only restricted to “Bitcoin”. Rather it has spread out towards other cryptocurrencies (known as “altcoins”) as well. Therefore, it is possible to grab investors’ attention very quickly in case there is an inclusion of word such as “blockchain”, “crypto”, “bitcoin”, “coin” etc in the name of a company. Gaining investors’ attention is reflected in the transaction and subsequent price movement of an instrument. There is another catch here. Many firms dealing in cryptocurrencies are small in size. Such penny stocks bear a very low price and low liquidity. Even an artificially created demand through a sizable amount of “buy” can trigger the movement of the stock price in positive direction. Such artificial demand is created by “pump groups” (organized group of manipulators) who attract the investors through encrypted messaging apps, inflate the price of a cheaper assets and quickly sell the assets at higher price. This “dumping” of assets leads the price falling and investors lose their heard earned money. If such “pump & dump” strategy has been adopted by the outsiders targeting the announcement date of name change, sudden movement of stock price may not be the direct result of name change. Instead, it’s due to the manipulative game played by handful of outsiders. Of course, in such case there must be some leakage of inside information related to the name change of a company.

The Challenges for Regulators

As discussed earlier, the regulation for cryptocurrency market is still in the nascent stage in most of the economies. But, the extreme volatility in this market certainly demands quick intervention and streamlining. The Canadian Securities Administrators (“CSA”), On August 24 2017, has issued relevant guidance for those issuers who seek to raise capital from cryptocurrency market. The United States, like Canada, treats cryptocurrencies as a potential security and thus asks for comprehensive set of documentation related to registration, disclosure and other relevant matters. However, emerging economies are more concerned about the crypto market, People Bank of China (PBOC) with other Chinese State Authorities has issued a circular on September 04, 2017 stating that “Bitcoin” should not be served as fiat currency and ICOs should be treated as “illegal financing activities”. The earlier circular issued by PBOC in 2013 has defined Bitcoin as:

“Bitcoin has four major features including, (1) no centralized issuer, (2) limited issuance volume, (3) no geographical boundaries, and (4) anonymity. Despite being called “currency”, Bitcoin is not a currency in nature because it is not issued by monetary authorities and does not possess the legal status of being compulsorily used and accepted. Judging from its nature, Bitcoin should be regarded as a specific virtual commodity; it does not have the same legal status as a fiat currency, and it cannot and should not be circulated in market as fiat currency.”

In this regard, changing name of a company by including keywords like “blockchain” demands thorough investigation and the regulators are doing that. For example, stock of Long Blockchain Corp (earlier name ‘Long Island Iced Tea Corp’) has been suspended from Nasdaq in April, 2018 and finally get delisted on June, 2018. Even, the Securities and Exchange Commission (SEC) has issued a subpoena to the company on June 10, 2018. Similar subpoena has been issued against Riot Blockchain (earlier name ‘Bioptix’). Very recently, the SEC has forced two exchange traded funds (ETFs) – Realty Shares and Amplify to drop the word “blockchain” from fund description. During a recent speech, the SEC Chair Jay Clayton said:

“I doubt anyone in this audience thinks it would be acceptable for a public company with no meaningful track record in pursuing the commercialization of distributed ledger or blockchain technology to (1) start to dabble in blockchain activities, (2) change its name to something like “Blockchain-R-Us,” and (3) immediately offer securities, without providing adequate disclosure to Main Street investors about those changes and the risks involved.”

Although the SEC has started putting more focus on cryptocurrency market these days, more deliberations on the same are needed. Subsequently, other markets should also respond in same line to form robust framework to streamline the operations in cryptocurrency market. No doubt, blockchain technology has much to offer in the economic growth of a country. But, at the same time proper monitoring of the system is also necessary. Moreover, the hidden motive behind using the buzzwords from crypto markets needs to be properly investigated, though it is highly difficult to perform. In this regard, regulators, practitioners, academicians should work in tandem to safeguard the interest of common investors and keep this crypto market functional.