On Economic Capital of RBI 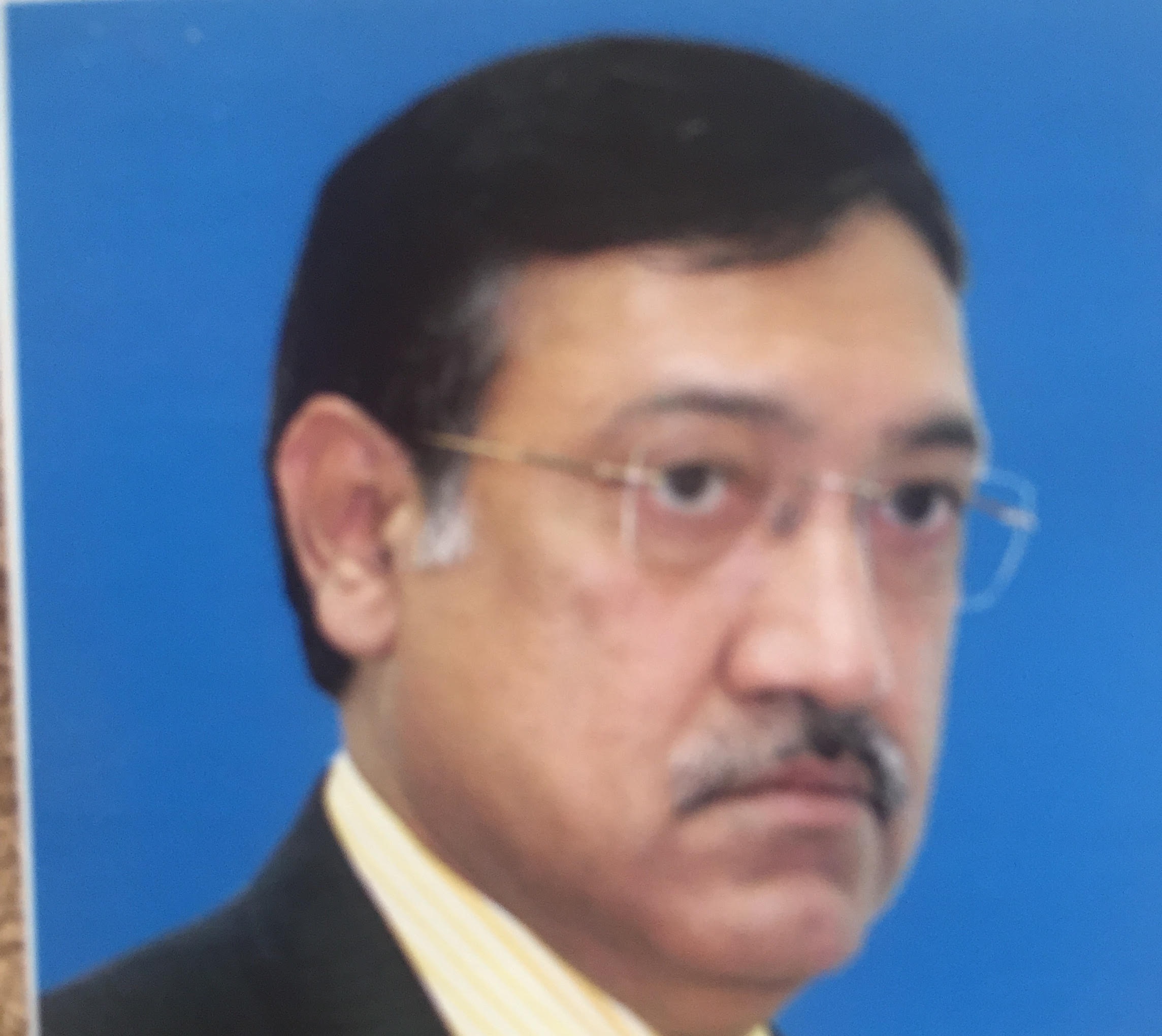 A career central banker and a Member of the Markets of Bank for International Settlements, Basel, Switzerland, Mr. Sharma retired as Executive Director, Reserve Bank of India (RBI), on 31st December, 2012. He is currently on the Board of Governors of International Management Institute, New Delhi and on the Academic Advisory Board of MIT World Peace University’s School of Economics, Pune.

To determine if RBI has excess capital, and if so, how much, we begin with comparing RBI’s actual total economic capital with its total Value at Risk (VaR), given an increasing order of market stress/shocks, including a Black Swan market shock, to the RBI balance sheet.

The analytical framework in this column uses RBI ‘s Balance Sheet for the year 2017-18, according to which, RBI’s Economic Capital comprises Contingency Fund and Revaluation Reserves. As on June 30, 2018, CF (Contingency Fund), CGRA (Currency and Gold Revaluation Account) , IRA-FS ( Investment Revaluation Account- Foreign Securities) and IRA-RS ( Investment Revaluation Account- Rupee Securities) had credit balances of ₹2.32 trillion (net of ₹0.169 trillion of debit balance in IRA-FS), ₹ 6.92 trillion, ₹ 0 and ₹ 0.133 trillion ( down 77% from ₹ 0.571 trillion in previous year), respectively, giving total economic capital of ₹ 9.37 trillion, representing about 26% of RBI’s total assets worth ₹ 36 trillion. It must be noted that all revaluation reserves, as name itself suggests, represent periodic marked-to-market unrealised/notional gains/losses  in values of Foreign Currencies and Gold, Foreign Securities and Rupee Securities on RBI’s Balance Sheet and serve the purpose of economic capital as its first buffer/line of defence against unrealised marked-to-market losses,  on account of currency, interest rate and gold price fluctuation risks, inherent in RBI’s balance sheet, thus, obviating any impact on its Contingency Fund. As per RBI’s accounting policy, it is only when there is debit balance in any of these Revaluation Accounts is Contingency Fund debited as second buffer/line of defence.

As regards an appropriate level of RBI’s economic capital, because nominal values of two key random variables, namely, exchange rate and interest rate, cannot be negative, we make the standard assumption that they are log-normally distributed and then estimate value at risk (VaR) for foreign currency assets under three extreme stress scenarios of rupee’s appreciation against the dollar (with other foreign currencies and gold already translated in dollar terms in RBI Balance Sheet). Specifically, these three extreme event  shock scenarios correspond to -1.65 standard deviation (95% confidence level), -2.33 standard deviation (99% confidence level) and -4 standard deviation (99.997% confidence level) from the mean of standard normal distribution of daily continuously compounded rupee-dollar exchange rate percentage changes (natural logarithm of Et/Et-1). To account for as many representative extreme event  shock episodes as possible, like Enron and Worldcom bankruptcies, Global Financial Crisis, Lehman bankrupcy and Taper Tantrum, historical time series of daily rupee-dollar exchange rates from 1 April, 2001 to 31 March, 2019 has been used. During this 19 year long period, annualized mean (M) and standard deviation (SD) of continuously compounded daily returns came out as 2.20%,and 6.75%, respectively. We next  use the formula Et = E*e^(M*t -1.65SD*t^0.5)  which gives value of rupee dollar exchange rate at time t for initial exchange rate of E. Substituting ₹68.6 to a dollar (exchange rate on 30 June, 2018) for E, 0.0675 for SD, 0.022 for M and 1 year for t, we get, ceteris paribus, ₹ 62.73  as the exchange rate after one year. This appreciation of the rupee against the dollar will, ceteris paribus, reduce the value of foreign currency assets and gold from around ₹28 trillion as on 30 June, 2018 to 62.73/68.6*28 trillion = ₹25.61 trillion, that is, marked to market loss in value of ₹28-₹25.61 trillion = ₹2.4 trillion which is nothing but VaR at 95% confidence level. Simply stated, what this means is that there is 95% probability that VaR will not exceed ₹2.4 trillion or, put another way, there is only 5% probability that loss (VaR) will exceed ₹2.40 trillion. Repeating the computation for other two extreme shock/stress scenarios, we get corresponding VaR as ₹ 3.55 trillion and ₹ 6.15 trillion with 1% and 0.003% probabilities, respectively, of erosion in value exceeding these VaR numbers. Significantly, CGRA actually depleted by about 75% from ₹0.87 trillion in 2006  to ₹0.22 trillion in 2007 due to rupee’s appreciation against the dollar, as against the potential depletion of 35%(from ₹6.92 trillion to ₹4.52 trillion (₹6.92 trillion -VaR of ₹2.40 trillion) ,and 51%( from ₹6.92 trillion to ₹3.37 trillion (₹6.92 trillion-VaR of ₹3.55 trillion) , for 95% and 99% confidence intervals , respectively ! Since these potential depletions are way too less compared with the actual “ white swan shock outcome “ ( a black swan shock becomes a white swan shock when it actually happens ) , 95% and 99% confidence intervals rule themselves out as black swan shock outcome choices  , incontrovertibly leaving the 99.997 % (veritable Black Swan) as the only probability confidence interval for estimating required, and excess, capital of RBI.

Next we estimate VaR for Government Securities, again under same three extreme  shock/stress scenarios, because of rise in yields only with the difference that now ‘minus‘ sign in the formula is substituted with ‘plus’ sign  because bond prices fall with rise in yields. But, as the computation of loss for a given rise in yield requires weighted average modified duration of entire Government Securities portfolio in RBI’s Balance Sheet, and which is not available in public domain, implied ball park modified duration was backed out from the erosion of ₹ 0.438 trillion (77%) in the value of IRA-RS credit balance from ₹0.571 trillion as on 30 June, 2017 to ₹ 0.133 trillion as on 30 June, 2018. This erosion of ₹ 0.438 trillion as a percentage of 2017 year-end Government Securities value of ₹ 7.6 trillion was 5.76%. And, percentage change in value of any fixed income security is given by the product of Modified Duration and absolute change in yield. As the percentage change is 5.76% and as the actual absolute rise in the 5 year yield between 30 June, 2017 and 30 June, 2018 was about 1.25%, we can back out, ceteris paribus, implied modified duration as 5.76/1.25 = 4.6 years (This is the reason to choose 5 year bond yield). Now for estimating VaR, we need annualized mean (M) and volatility (standard deviation, SD). These were obtained by computing annualized (236 trading days of daily continuously compounded percentage changes (natural logarithm of Yt/Yt-1) and  came out as -0.77% and around 9.85% for 5 year Government Security  based on historical time series of daily yields from April 2011 to March 2019. Now formula for estimating absolute yield for 95% confidence level is Yt= Y*e^ (M*t+1.65SD*t^0.5 ) where Yt is yield after t years, M the annualized mean, SD the annualized standard deviation and t the time period over which computation has to be done. Substituting 8% for Y (5 year yield as on 30 June, 2018), -0.0077 for mean, 0.0985 for SD and 1 year for t, we get yield of 9.35% which, in turn, gives a rise in absolute yield of 1.35% and, therefore, ceteris paribus, loss of 4.6*1.35% = 6.20% on the 30 June, 2018 value of ₹6.3 trillion, translating into loss of 6.3 trillion*6.20%= ₹0.40 trillion at 95% confidence level. Simply stated, what this means is that there is 95% probability that VaR will not exceed ₹0.40 trillion or, put another way, there is only 5% probability that the loss (VaR) will exceed ₹0.40 trillion. Repeating computation for other two shock/stress scenarios, we get corresponding VaR as ₹ 0.58 trillion and ₹ ₹ 1.09 trillion with 1% and 0.003% probabilities, respectively, of erosion in value exceeding these VaR numbers. Significantly, as in the case of rupee-dollar exchange rate Black Swan shock referred to before, this estimated potential loss of ₹ 1.09 trillion, corresponding to 99.997% confidence interval amounts to a veritable Black Swan shock.

In conclusion, as regards appropriate level of economic capital, we need to nuance and distinguish between a central bank balance sheet, especially of a non reserve currency issuing central bank like RBI, with very large involuntary holdings of foreign currency and domestic assets, with no choice, and balance sheets of banks/finance companies and other companies with voluntary holdings of assets, with choice, in deciding on extreme event probability confidence thresholds of 95%, 99% and 99.997% (closest proxy for a Black Swan shock). Specifically, as part of its charter and mandate, RBI, and other central banks of its ilk, as public policy sovereign institutions, have necessarily to intervene in domestic foreign exchange and government securities markets, and also act as a lender of last resort , not to make profits, or avoid losses, but to secure monetary, exchange rate, macroeconomic and systemic financial stability. While banks/finance companies and other companies can, and do, make risk-adjusted return outcome choices (with the former further fortified by various prudential risk exposure limits mandated by RBI) and, therefore, can, and do, legitimately choose 95% and 99% probability confidence thresholds, RBI, and others of its ilk, have no such choice, what with , as argued before , 95% and 99% probability threshold choices incontrovertibly ruled out on account of their coming across as white swans “ , but to prudentially, and ideally, choose 99.997% ( 4 Standard Deviation) probability confidence threshold (closest to Black Swan event shock) giving, as also shown in the Table above, ₹7.24 trillion ( about 20% of total assets of ₹36 trillion) as the RBI’s required minimum economic capital, and ₹2.13 trillion(about 6% of total assets ) as the excess capital, comprising ₹0.77 trillion of non transferable surplus in CGRA and ₹1.36 trillion of transferable surplus in the Contingency Fund , subject , of course, again, to the  important caveat of overestimation/overstatement of this Contingency Fund component of the excess capital due to the absence of VaR for foreign securities portfolio, and significantly, no less, the equally important caveat of the absence of the VaR for the Black Swan event shock on account of the RBI having to act as a lender of last resort !  The RBI can use this technical framework, as frequently as it deems appropriate in its discretion,  to estimate VaR so as to preemptively and proactively replenish the Contingency Fund by transfer from the Annual surplus.