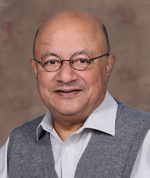 Professor Bhattacharya’s research is about the dark side of financial markets. He believes, with apologies to Thomas Jefferson, that “the price of capitalism is eternal vigilance.”

Professor Bhattacharya’s research has been featured in full-length stories more than a hundred times in various media across the world, including five times in the Economist . He wrote a satire about the legendary fraudster Madoff in the New York Times . He has been invited to present his research in more than 200 institutions in 32 countries in 5 continents. He wrote a report for and served as a member of the “Task Force to Modernize Securities Regulation in Canada” in 2006. He and his report were featured in a Canadian Broadcasting Corporation investigative story titled “Who Is Guarding Your Money” on November 23, 2008. On December 2, 2008, legislators in Ontario, Canada, discussed this report. On May 16, 2012, the Securities and Exchange Commission of the U.S. invited him to present the findings of his Journal of Finance paper that documents cross-subsidies in mutual fund families. He is now an official whistleblower.

Prof. Bhattacharya is an excellent teacher. He has been nominated for the Trustee Teaching Award by Indiana University five years in a row. He won in 2004 and 2008. In 2006, Business Week recognized him as a “prominent faculty.” Prof. Bhattacharya teaches in a different country every summer. He has taught at top universities in Argentina, Brazil, China, Finland, France, Germany, Holland, India, Indonesia, Ireland, Italy, Japan, Lithuania, Mexico, New Zealand, Portugal, Singapore, Slovenia, South Korea, Russia, Taiwan, Turkey and the USA (Chicago, Duke and MIT.)

Prof. Bhattacharya’s goal is to spread the gospel of honest finance to every corner of the globe. 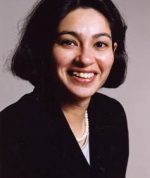 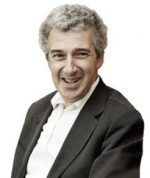 Julian Franks is Professor of Finance at the London Business School and the former Director of the Institute of Finance and Accounting at the School. He is widely published, in which his research focuses on bankruptcy and financial distress, corporate ownership and control, cost of capital and regulation. Recently, his work on ownership and control (with Colin Mayer and Stefano Rossi) has won two international prizes. Two of his published papers have been awarded prizes for the ‘best paper’ of the year. He is Associate Editor of five finance journals, a member of various advisory boards and consults widely.

He served as a member of the DTI-Treasury committee for reviewing the UK’s insolvency code and was a member of one of The Company Law Review’s committees on corporate governance. He is an advisor to both Ofcom and BAA on regulatory matters and is on a committee of experts advising the education minister on a PFI investment program for schools. He has been a Visiting Professor at the University of California at both Berkeley and Los Angeles.